It was a delightful day, though the air was saturated with a mixture of emotions. The environment was that of a tranquil chaos… we were about to conduct a live pod run demonstration of our pod, 'Garv’ in the esteemed presence of Dr. V. K. Saraswat, Hon’ble Member of NITI Aayog, the Director and Deans of IITM, our sponsors from Deloitte India, Swagelok Bangalore, Arus MR Tech and the Managing Director of Tube Investments of India. The momentous occasion was a source of pride for all of us, considering we had designed the pod while locked up in our respective homes during the pandemic and assembled it when the second wave ravaged India. We also encapsulated our journey of the past four years in a documentary, containing tidbits by the team’s founder, past heads and faculty members. The documentary portrays the team’s passion and dedication, and is a source of inspiration for anyone who watches it. Intrigued? Watch it here!

What we achieved in the coming months would definitely have been impossible had it not been for the bonding and discipline the team members had. Every single individual was committed and driven. This time around, our eyes were glued on to the European Hyperloop Week Event in Valencia, Spain which again is hosted by University teams just like us. This event was all about gathering the best students involved in the Hyperloop community. It facilitated a platform for conceptual or operational demonstration of Hyperloop subsystems.

Even though we had, from the first, expressed our intention to demonstrate our pod and different subsystems to the international audience at Valencia, Spain, the team had to virtually participate in the European Hyperloop Week due to the pandemic induced travel restrictions. The competition witnessed the diverse participation of companies, student teams and Hyperloop start-ups from all across the globe. We are delighted to announce that we successfully proved our mettle in the competition by securing several nominations and bagging the ‘Most Scalable Design Award’.

In August 2021, with the learnings from the remarkable stint of the last team, we went into the rigorous recruitment phase and came out with a new team, brimming with enthusiasm for developing new technologies. This year, in its fifth iteration, the team has been reborn as Avishkar Hyperloop 5.0. The team is incredibly diverse and draws its 60+ members from 11 academic disciplines at IIT Madras. Our resolute zeal has provided an impetus to the birth of even more ambitious aspirations for Avishkar Hyperloop.

Although global competitions have proved to serve their purpose of kickstarting student innovation well and have been a crucial part of the team in terms of setting objectives year-on-year, the energy in the team this year was quite different. We now had our eyes on more than just competitions. We were focussed on building a scalable real life Hyperloop system. Just like at the team’s inception, we are once again the starry-eyed kids, with a larger than life dream in our minds. It's very challenging, and that’s the best part. We have a mantra in the team: ‘enthu’ short for enthusiasm; it was all that we needed to course through!

This year, we have focused our development efforts on the full-scale Hyperloop challenges with a greater conviction. We are all set to implement a scalable levitation mechanism on-pod, push the LIM mechanism for contactless propulsion to its limits, and implement upgraded control systems. Moreover, we are also devising novel guidance systems and aim to test regenerative braking at a lab scale. These are very ambitious targets indeed, but as per our tradition, we have always upped the ante and are positively certain to follow through. 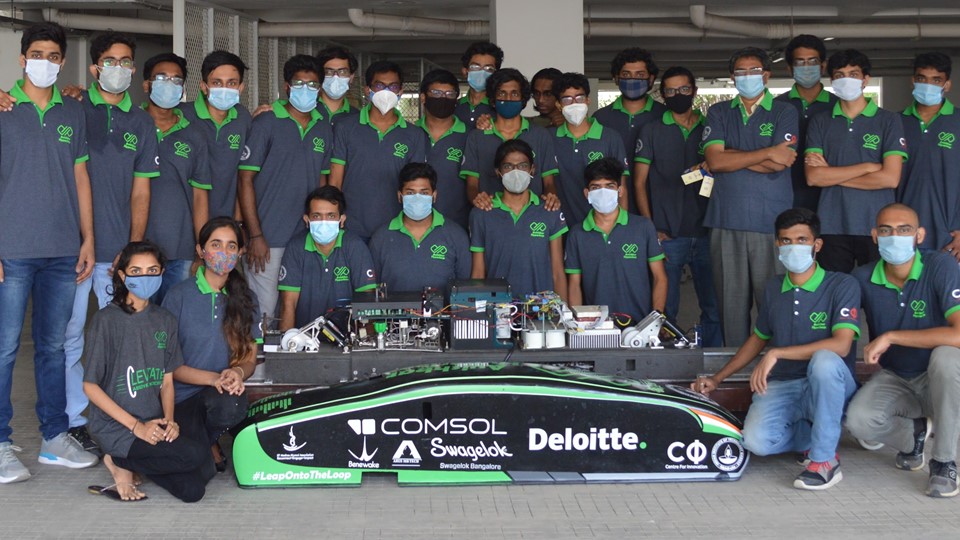 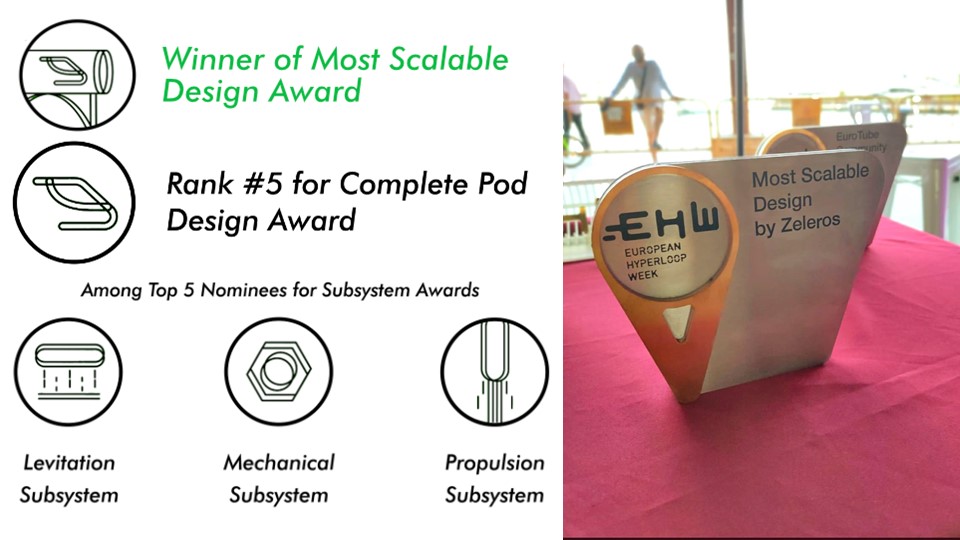 
But that’s not where our zeal ends; in our quest to create scalable hyperloop systems, we have tried to #ThinkOutOfThePod. After a year-long research in Hyperloop infrastructure, we have developed a novel and cost-effective Hyperloop vacuum tube design. It gives us immense pride to tell you that we are building a 2m wide, 500m long Hyperloop vacuum tube at the IIT Madras Campus. The construction will be completed by May 2022. Once ready, it will become the World’s largest student-run hyperloop testing facility and will serve as a testbed for various Hyperloop and vacuum technologies.

As a precursor to this upcoming facility, we have built a 3.6m tube prototype to test our patented tube design and iron out manufacturing and assembly issues. We are extremely elated to report that the tube was able to sustain an internal pressure of 100 Pascal, that is 99.99 kPa vacuum with minimum deflections and that a resounding validation of the critical vacuum holding capability of the design. Empowered by the superlative results on the design aspects, we are moving towards a breakthrough hyperloop facility with ever more conviction. Read more on testing here.

This prototype was inaugurated by Dr Pawan Goenka, Chairman Designate, INSPACe, Department of Space, India in the esteemed presence of the Director and the Deans of IIT Madras. His belief in our vision for the Indian Hyperloop was extremely encouraging for us, and his presence at our workspace has been a matter of great pride and a source of inspiration for all of us.

In addition to our pursuit of scalable hyperloop systems, we are also preparing to take our newly developed technologies and designs at a global level. And what could be a better forum to showcase our innovation and be inspired to innovate further than the European Hyperloop Week 2022! The EHW is a fantastic platform to interact with the international community, contribute to international hyperloop research and exchange ideas about bringing it into the mainstream. We eagerly await the EHW, hope to learn many new things and bring back some laurels as well!